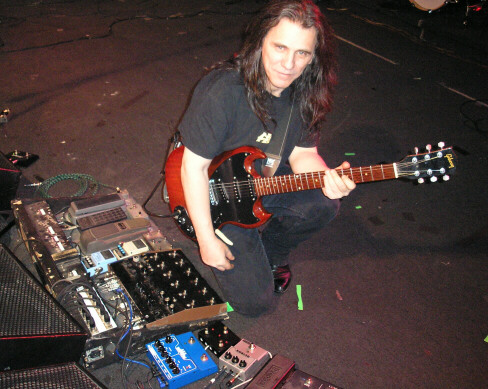 Back in the early 2000s, I was put in touch with Frank Marino, one of my all-time favorite guitarists. I was a big fan of Mahogany Rush, and had seen them live twice in the 1980s. It was a real thrill to talk with Frank about guitar, effects, and his career. What a great guy. When Octron came along, I sent him one. He gave me some great suggestions, including a version of the pedal with three extra foot switches, one for each signal (Direct, Octave Up, and Octave Down).
On June 2, 2005, I finally got to meet him in person, after talking on the phone and emailing the previous couple of years. I went to see the first gig of his Spring, 2005 tour at the Downtown Club in Farmingdale, NY (Long Island). I got there before show time, and Frank gave me a little demo of his effects.
In the photo above, the blue box is a Paradox TZF and the silver one is an original Octron. Next to the Octron, there is a black box with three foot switches and three LEDs. That box turns each signal on and off. He basically modified his Octron to work like an Octron2!  Frank also helped me tune in the super-fat Low octave sound that Octron is famous for.
Octron2:  Analog Octave Up, Analog Octave Down, and Direct signal. Each with its own foot switch and LED. If you love analog octaves and you want ultimate control for live performance, this is your octave pedal. No other octave pedal, analog or digital, does what Octron2 does. 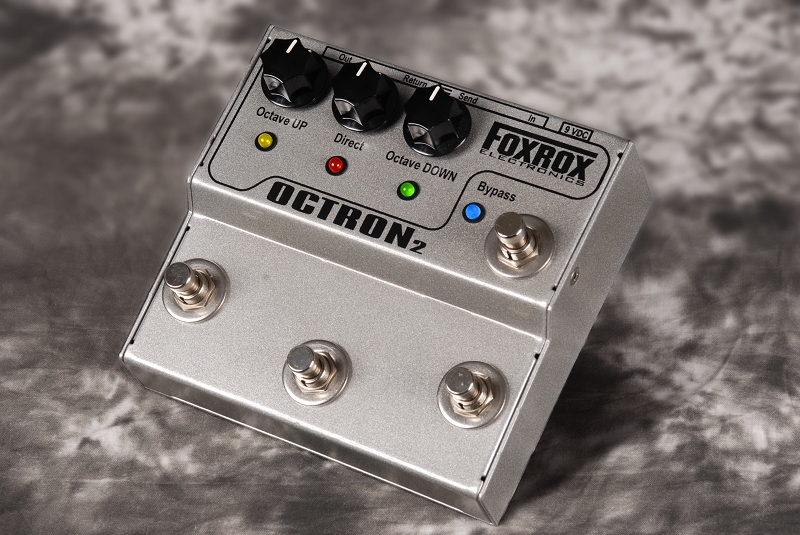 I thoroughly enjoyed being there. The sound was great, and I was impressed. Nice and loud, but not too loud.That gave me the confidence to go ahead and design Octron2. Here are more photos from that night. Looking back, I'm lucky to have been personally inspired by Frank's tremendous talent and guitar effects insight. 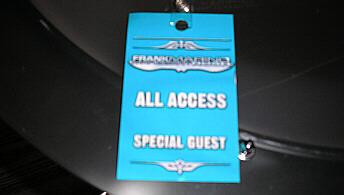 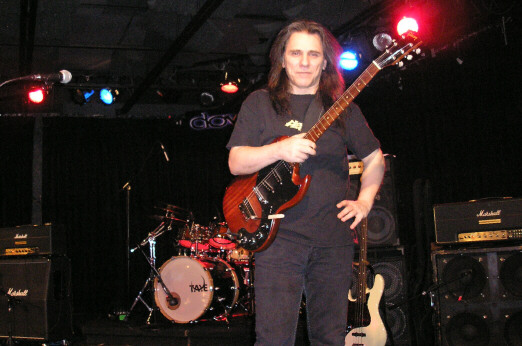 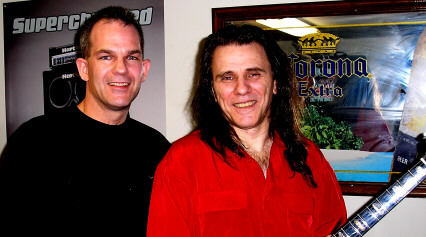