9 Volt Battery in a New Pedal - Do You Expect One? 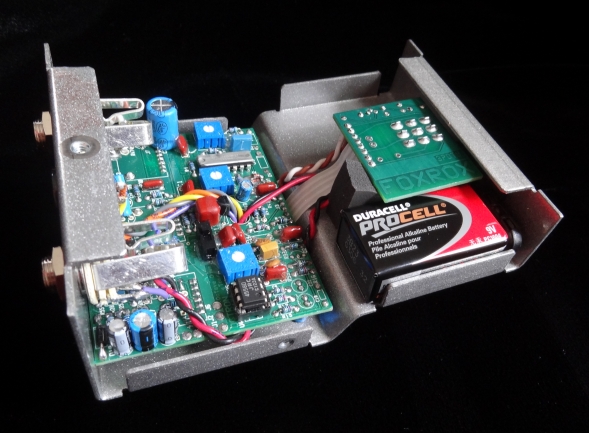 This was the title of a thread I started at "The Gear Page" a couple of years ago. Click here to read the thread.

I have always included a fresh 9V battery with each new pedal (the ones that use a battery). I install it in its spot, but I don't hook it up - I leave the plastic clip on top. A couple of years ago, I started to wonder if this was a good idea, or possibly even a bad idea, so I started the thread to see what people think. The replies were mixed, but very thoughtful on both sides. I was unable to decide at that time, so I just kept including the battery.

Starting in April, 2014, however, I no longer include a battery with each new pedal. The reasons not to include one outweigh the reasons to include one, in my opinion. One main factor is because so many people use pedal boards and designated power supplies. A pedal might go for years, or even decades, without ever being opened up. While inside, a 9 volt battery dies a slow death and can leak, creating a mess. Including a fresh battery in each pedal no longer makes sense. Batteries are bad for the environment, and the likelihood of them getting wasted is too high. In the thread linked above, RC2 makes this comment: "I would be happier if builders would just ship the pedal with some tape on the snap and no battery."

I've seen pedals where the builder has wrapped the battery clip in tape. It's a good precaution to prevent it from shorting against anything, but it's not necessary in an Octron or other Foxrox pedals. Here's why...there are two connections on the battery clip: +V and Ground (red and black). When using external power, the +V connection is disconnected. The only thing left is the ground connection, so if the battery clip was to touch something, it could cause a problem. Foxrox pedals have a big hunk of foam on the bottom plate, so all you need to do is leave the battery clip in its little area and put the bottom in place. The clip isn't going anywhere, and there's nothing for it to short against.